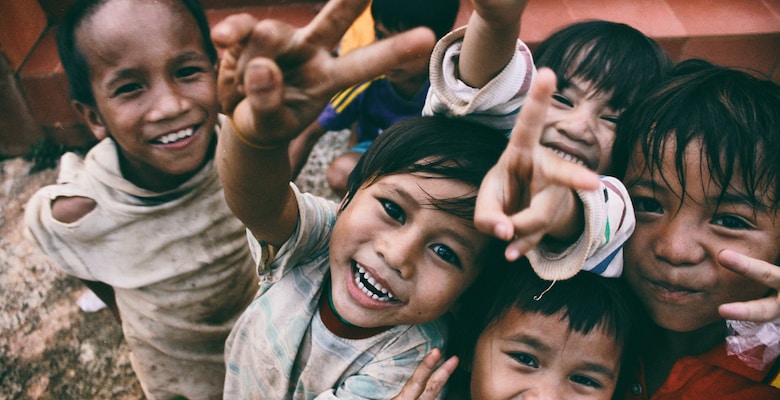 Exodus 14:1-2 And the LORD spake unto Moses, saying, Speak unto the children of Israel, that they turn and encamp before Pihahiroth between Migdol and sea, over against Baalzephon: before it ye shall encamp by the sea

It might have been sufficient for the pillar of cloud to move that way; but it was really such an extraordinary thing for the Lord to lead the people right down to the sea that he gave a special command as well as the movement of the cloud. That Moses himself might not be staggered by what would seem to him to be such strange guidance the Lord tells him what to say to the people and then gives him this explanation:

Exodus 14:3-4. For Pharaoh will say of the children of Israel, They are entangled in the land, the wilderness hath shut them in. And I will harden Pharaoh’s heart, that he shall follow after them; and I will be honoured upon Pharaoh, and upon all his host; that the Egyptians may know that I am the LORD. And they did so.

Those four words, “And they did so,” though they are very short and very simple words, express a great deal. Oh, that it might always be said of all of us whenever God commands us to do anything, “And they did so.”

Exodus 14:5. And it was told the king of Egypt that the people fled: and the heart of Pharaoh and of his servants was turned against the people, and they said, Why have we done this, that we have let Israel go from serving us?

Nothing but the grace of God will truly humble men. These Egyptians had been crushed by terrible plagues into a false kind of humility, but they were soon as proud as ever. Nothing but the omnipotent grace of God can really subdue a proud and stubborn heart.

Exodus 14:9-10. But the Egyptians pursued after them, all the horses and chariots of Pharaoh, and his horsemen, and his army, and overtook them encamping by the sea, beside Pihahiroth, before Baalzephon. And when Pharaoh drew nigh, the children of Israel lifted up their eyes, and, behold, the Egyptians marched after them; and they were sore afraid:

Forgetting what God had done for them, and promised to them, they became timid at the sight of their old master. They knew the cruelty of the Egyptians in time of war, and their hearts failed them.

Exodus 14:10. And the children of Israel cried out unto the LORD.

Ah, dear friends, if they had cried to the Lord in true believing prayer, they would have been worthy of commendation; but they did not do so. They cried out unto the Lord in an unbelieving complaint, as the next verse plainly shows: —

Exodus 14:11-12. And they said unto Moses, Because there were no graves in Egypt, hast thou taken us away to die in the wilderness? Wherefore hast thou dealt thus with us, to carry us forth out of Egypt? Is not this the word that we did tell thee in Egypt, saying, Let us alone, that we may serve the Egyptians? For it had been better for us to serve the Egyptians, than that we should die in the wilderness.

What cowards they were, and how faint-hearted! Were these the people that were to conquer Canaan? Were these God’s chosen people? Ah, judge them not, for you and I have often been quite as faint-hearted and quite as fickle as they were. May God forgive us as he again and again forgave them!

Exodus 14:13-15. And Moses said unto the people, Fear ye not, stand still, and see the salvation of the Lord, which he will shew to you to day: for the Egyptians, whom ye have seen to day, ye shall see them again no more for ever The LORD shall fight for you, and ye shall hold your peace. And the LORD said unto Moses, Wherefore criest thou unto me? speak unto the children of Israel, that they go forward:

Moses was no doubt praying in his heart though it is not recorded the he uttered any words in prayer; but it was not the time for prayer, it was the time for action. When people sometimes say when they know their duty, “We will make it a matter of prayer,” they generally mean that they will try to find some excuse for not doing it. You need not pray about any matter when you know what you ought to do; go and do it.

Exodus 14:16-20. But lift thou up thy rod, and stretch out thine hand over the sea, and divide it: and the children of Israel shall go on dry ground through the midst of the sea. And I, behold, I will harden the hearts of the Egyptians, and they shall follow them: and I will get me honour upon Pharaoh, and upon all his host, upon his chariots, and upon his horsemen. And the Egyptians shall know that I am the LORD, when I have gotten me honour upon Pharaoh, upon his chariots, and upon his horsemen. And the angel of God, which went before the camp of Israel, removed and went behind them: and the pillar of the cloud went from before their face, and stood behind them: and it came between the camp the Egyptians and the camp of Israel; and it was a cloud and darkness to them, but it gave light by night to these; so that the one came not near the other all the night.

God was like a wall of fire between them and their enemies, so that they had no cause for fear even though the Egyptians were so near.

Exodus 14:21-25. And Moses stretched out his hand over the sea; and the LORD caused the sea to go back by a strong east wind all that night, and made the sea dry land, and the waters were divided. And the children of Israel went into the midst of the sea upon the dry ground: and the waters were a wall unto them on their right hand, and on their left. And the Egyptians pursued, and went in after them to the midst of the sea, even all Pharaoh’s horses, his chariots, and his horsemen. And it came to pass, that in the morning watch the LORD looked unto the host of the Egyptians through the pillar of fire and of the cloud, and troubled the host of the Egyptians. And took of their chariot wheels, that they drove them heavily: so that the Egyptians said, Let us flee from the face of Israel; for the LORD fighteth for them against the Egyptians.

They were now in the midst of the sea between the two high walls of water, and before they could flee see what happened to them: —

Exodus 14:26-31. And the LORD said unto Moses, Stretch out thine hand over the sea, that the waters may come again upon the Egyptians, upon their chariots, and upon their horsemen. And Moses stretched forth his hand over the sea, and the sea returned to his strength when the morning appeared, and the Egyptians fled against it; and the LORD overthrew the Egyptians in the midst of the sea. And the water returned, and covered the chariots, and the horsemen, and all the hosts of Pharaoh that came into the sea after them; there remained not much as one of them. But the children of Israel walked upon dry land in the midst of the sea; and the waters were a wall unto them on their right hand, and on their left. Thus the LORD saved Israel that day out the hand of the Egyptians; and Israel saw the Egyptians dead upon the sea shore. And Israel saw that great work which the LORD did upon the Egyptians: and the people feared the LORD, and believed the LORD, and his servant Moses.

And well they might! Yet how soon they murmured both against the Lord and against Moses!

This site uses Akismet to reduce spam. Learn how your comment data is processed.